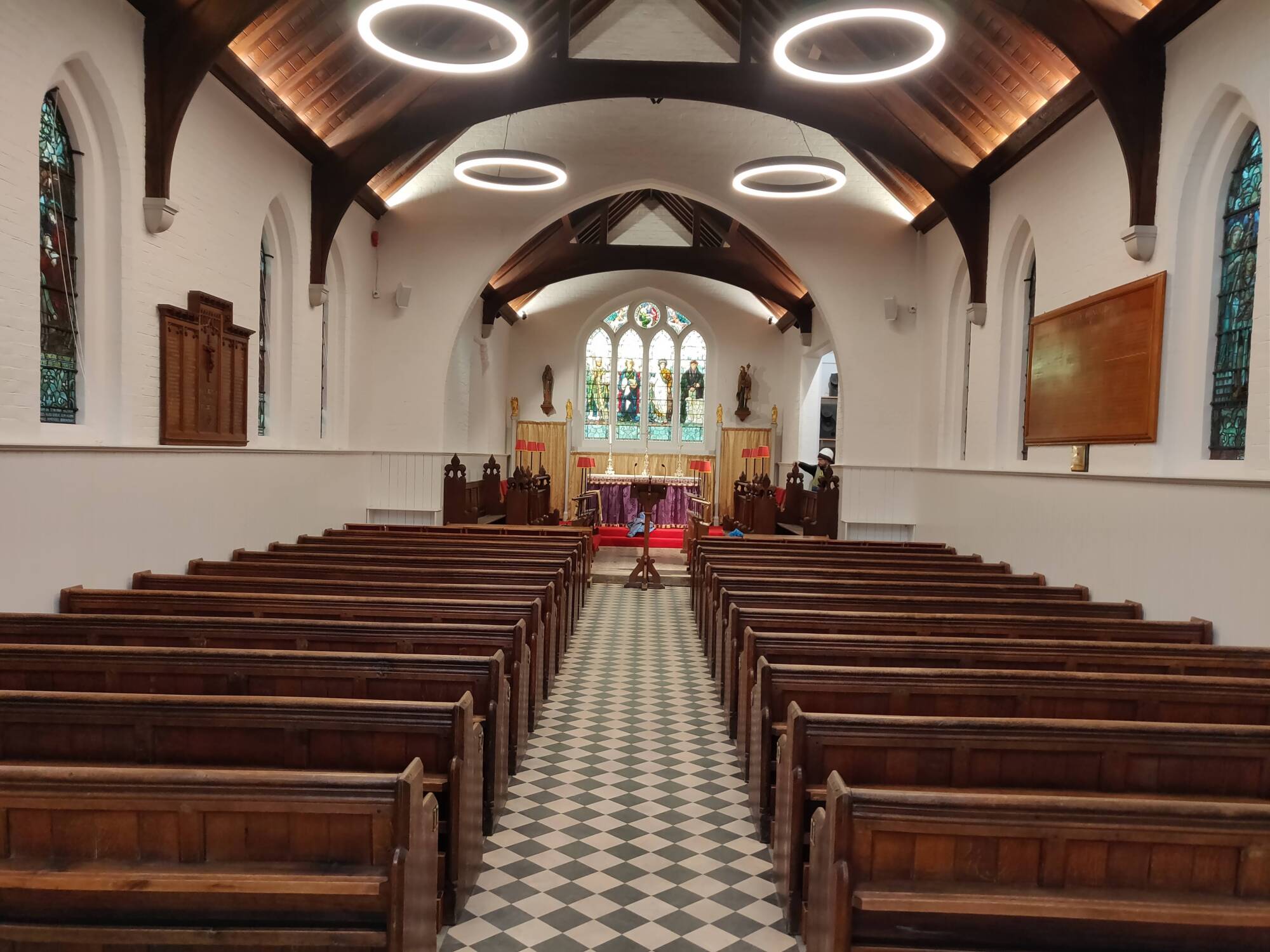 CT Walters approached EPS as part of the tender process for the refurbishment works at Summer Fields School chapel.  Having had a longstanding working relationship with Summer Fields’ IT department, including refurbishing existing AV systems within the boarding school in North Oxford, EPS dealt with specifying the system to the schools requirements.

NEXO ID24 loudspeakers were selected as the main PA system for the Nave, powered by a NEXO DTDAmp and NEXO DTD-Iu controller.  The amplifier also provided power to four JBL Control 23 loudspeakers, a pair of which were located above and below the balcony at the rear of the Nave.  An Audio Technica ATDM0604 mixer with auto-mix provided audio control.

In the Chancel, Audio Technica U857Q gooseneck microphones were selected for the semi-permanently installed lectern position, and a pair of Sennheiser ew100 G4 radio microphone systems with antenna distribution completed the audio system.

The video system comprised a pair of PTZOptics zCam cameras were located in the Chancel, to provide a conductor feed to the Organist’s screen, and an conductor feed and choir feed to a location behind the chapel to facilitate streaming of services, augmented by a pair of Audio Technica AT8646QM shot-gun microphones mounted in the ceiling of the Nave.

Working alongside CT Walters’ Electrical Engineers who installed containment and electrical feeds for EPS ensured high standards throughout the project.

The system was completed on time and to budget, and as ever displayed EPS Technicians’ commitment to quality. 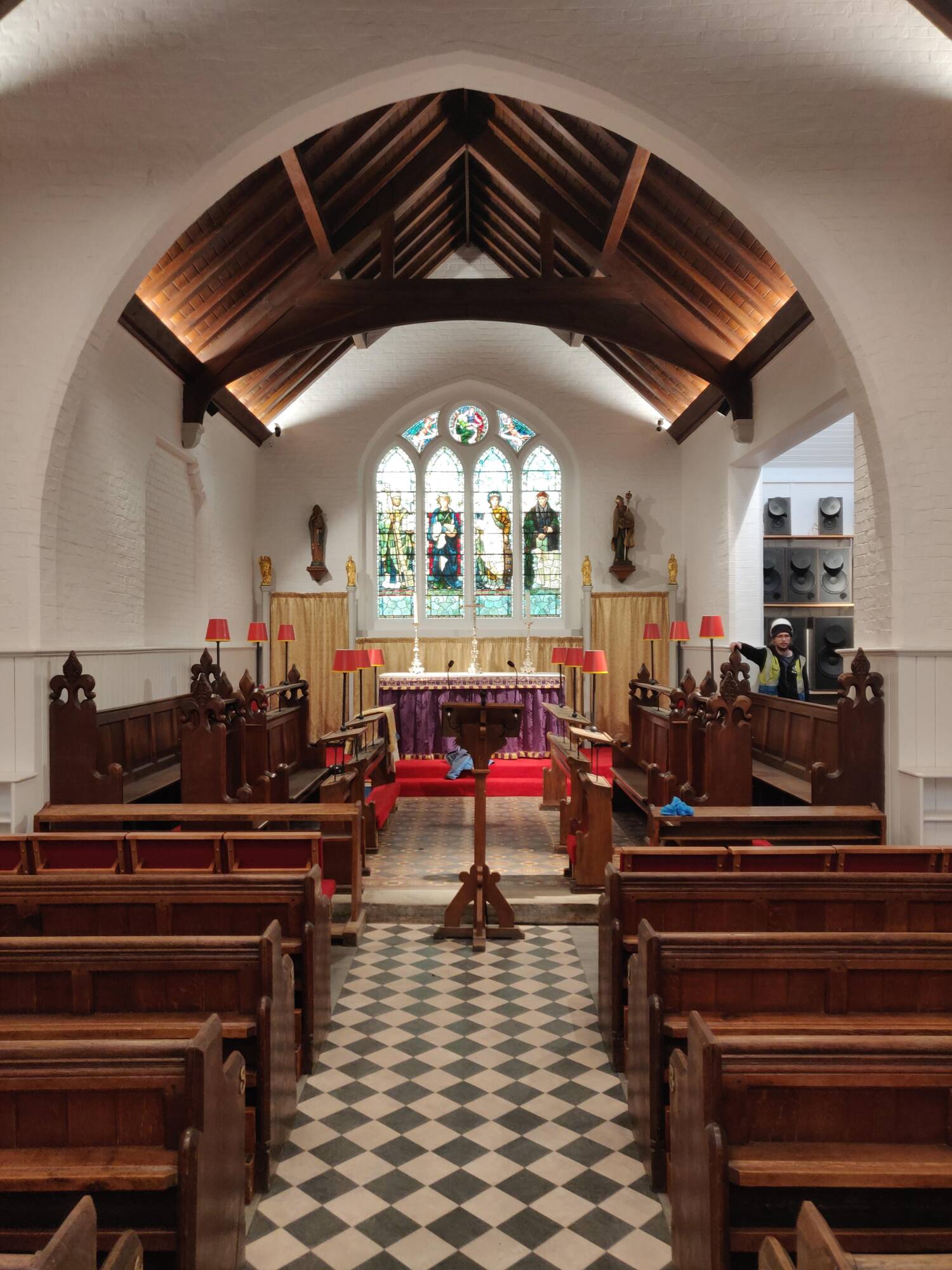 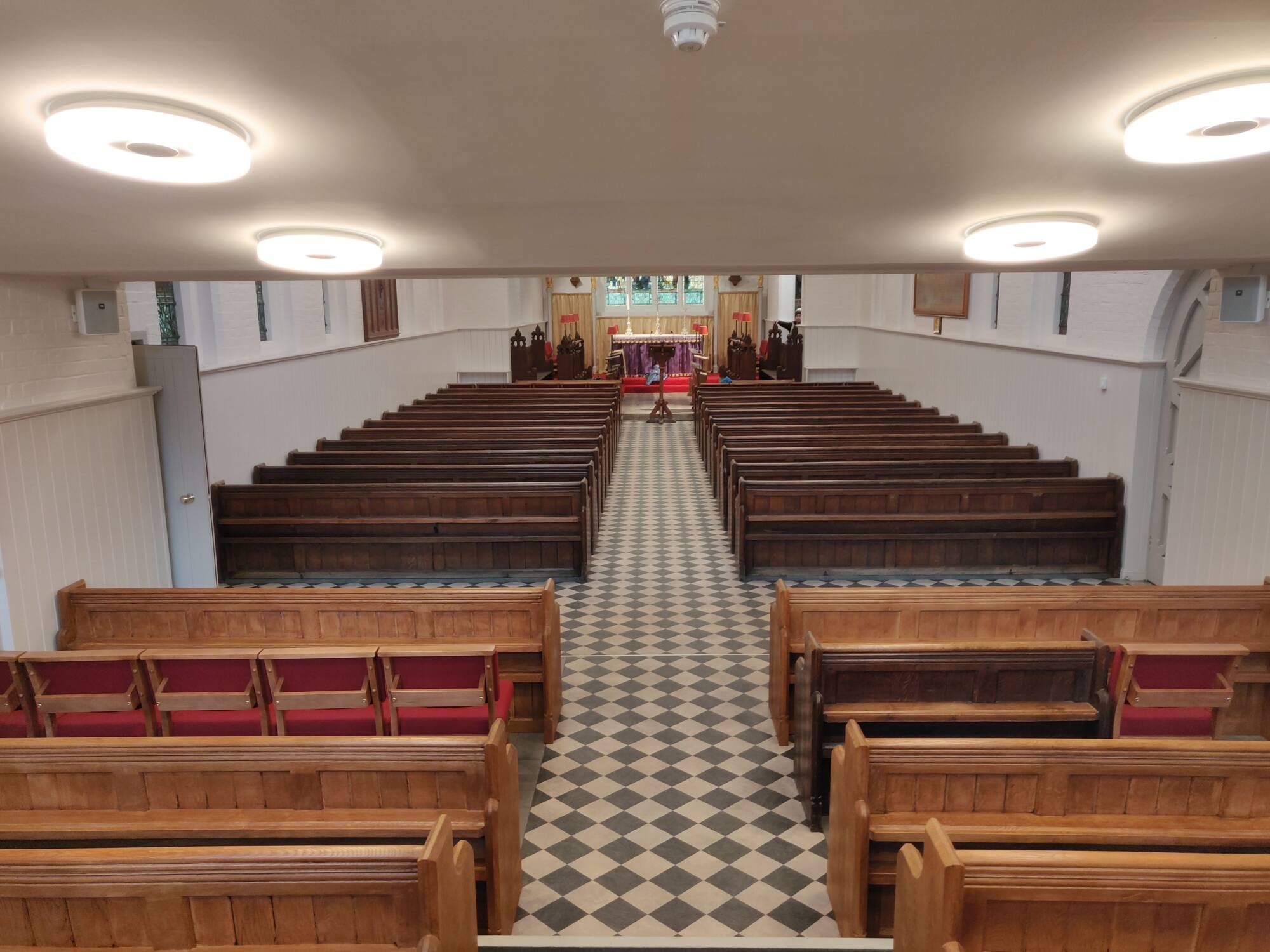 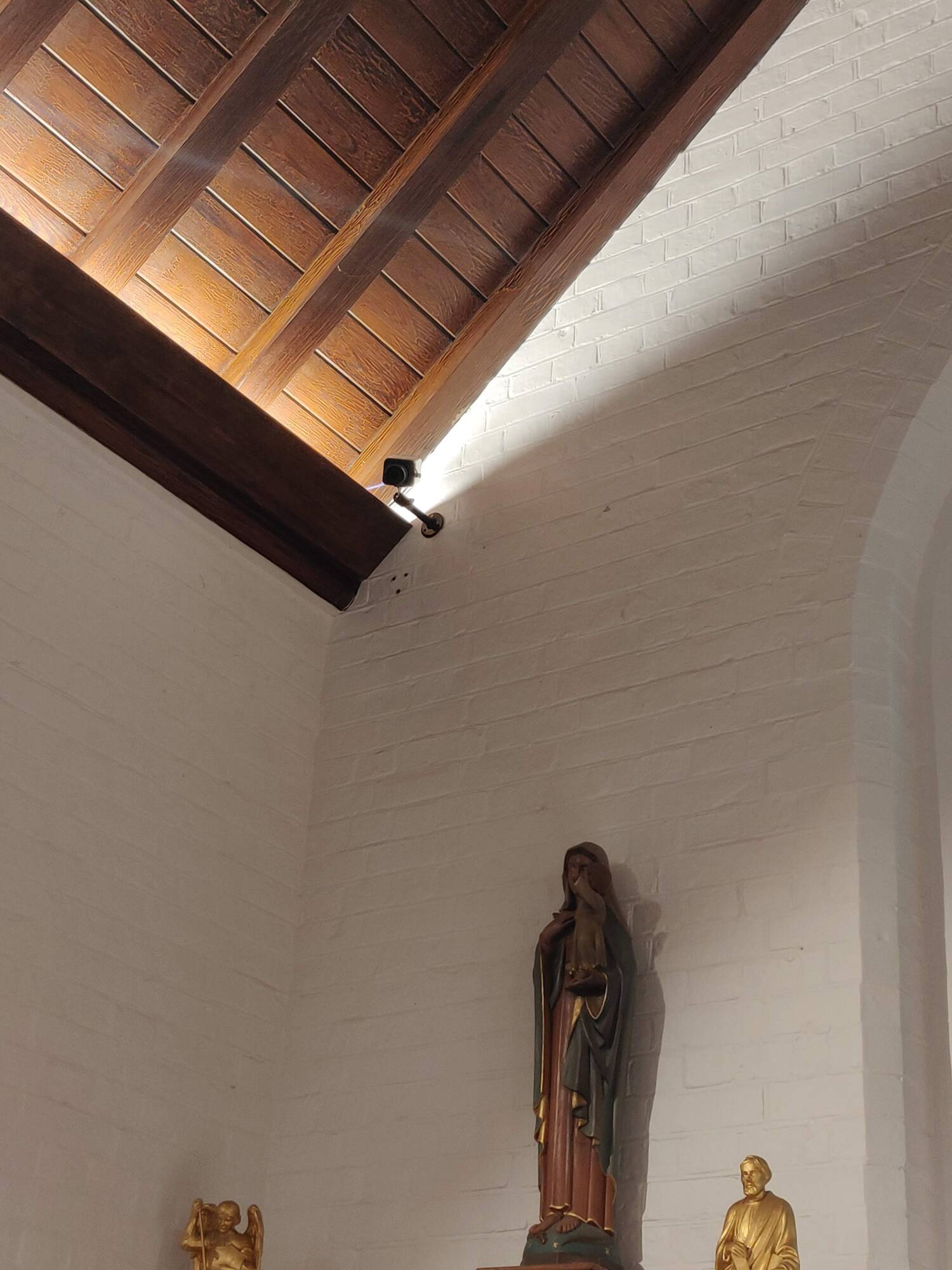 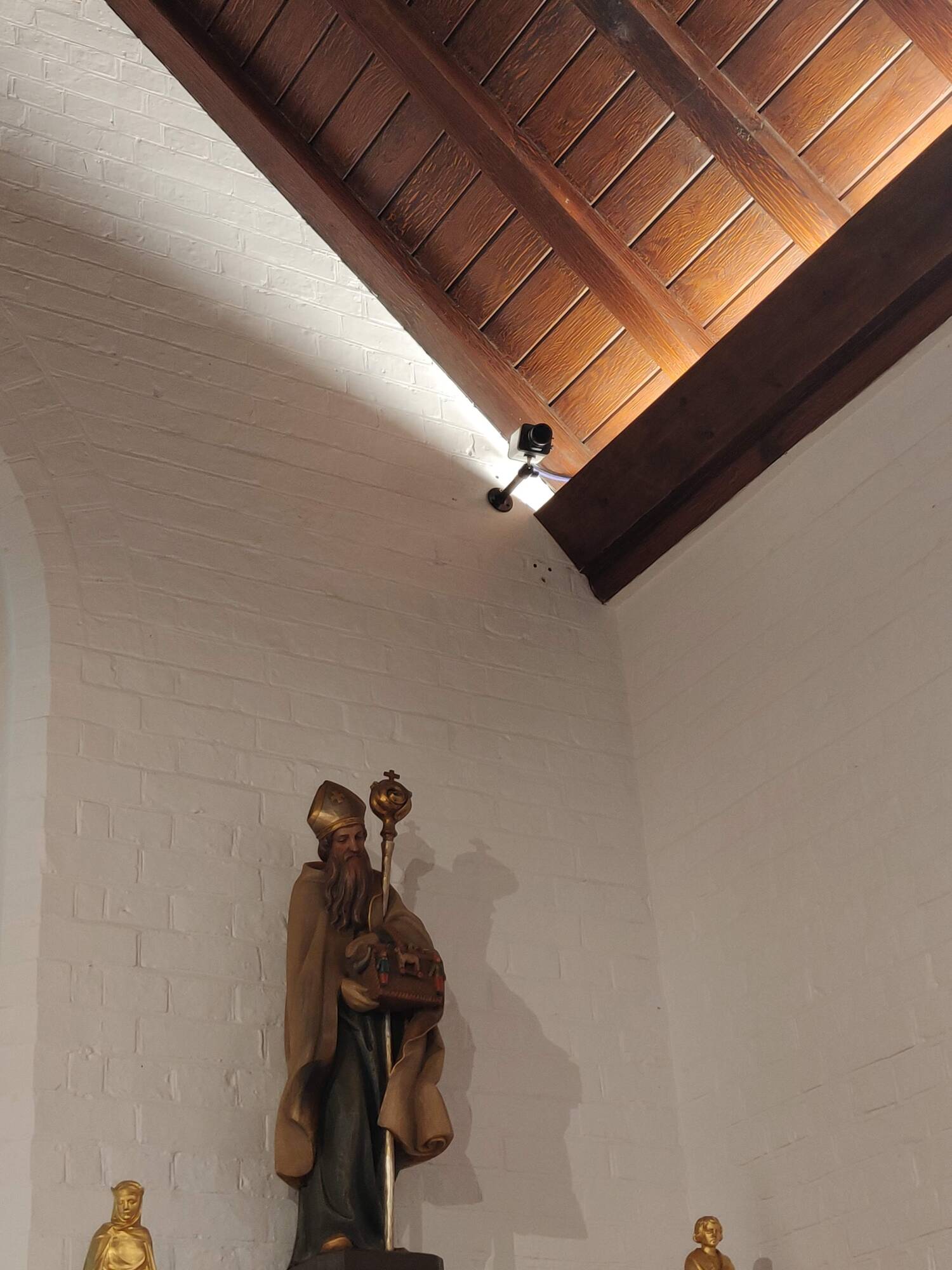 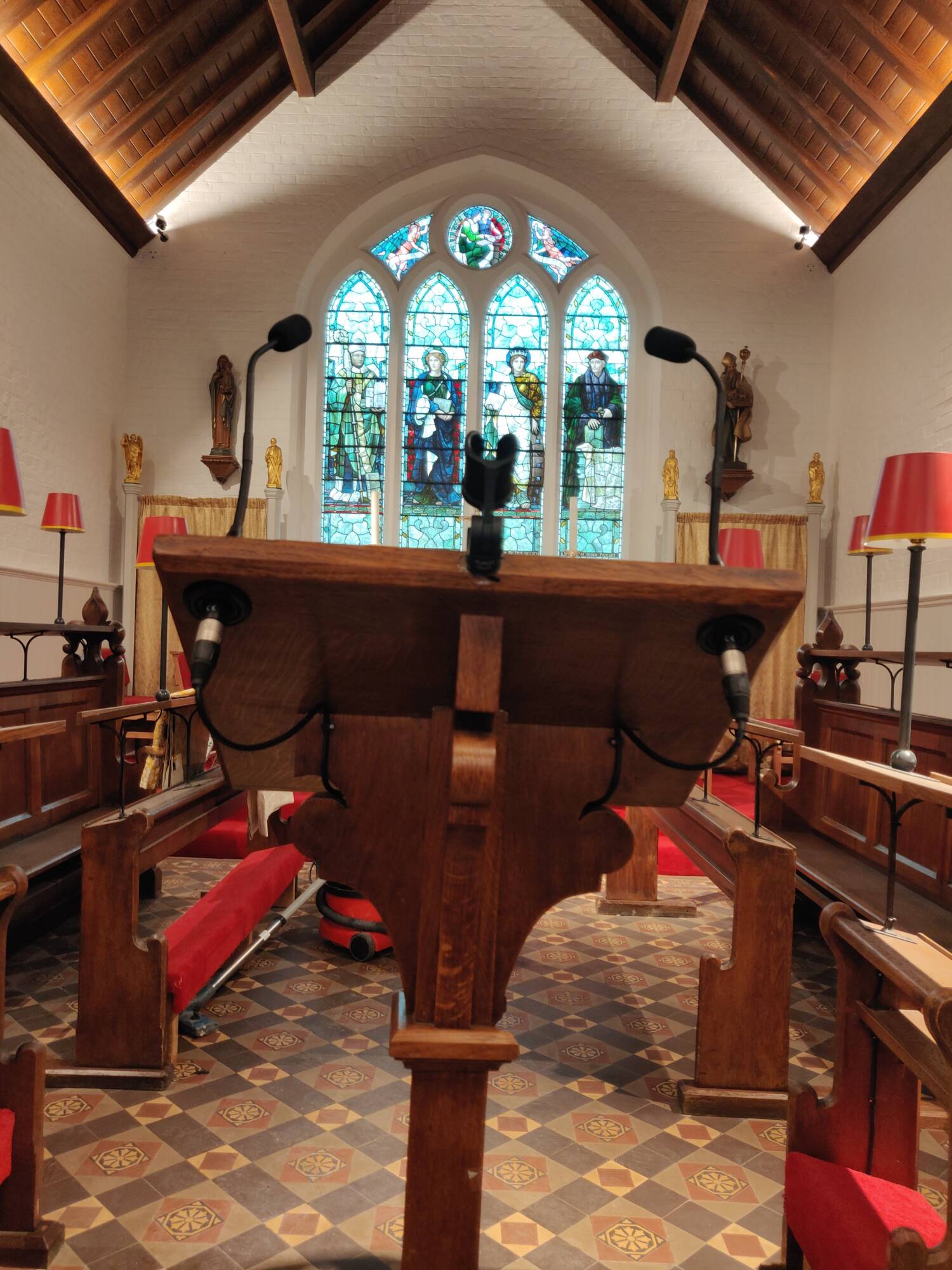 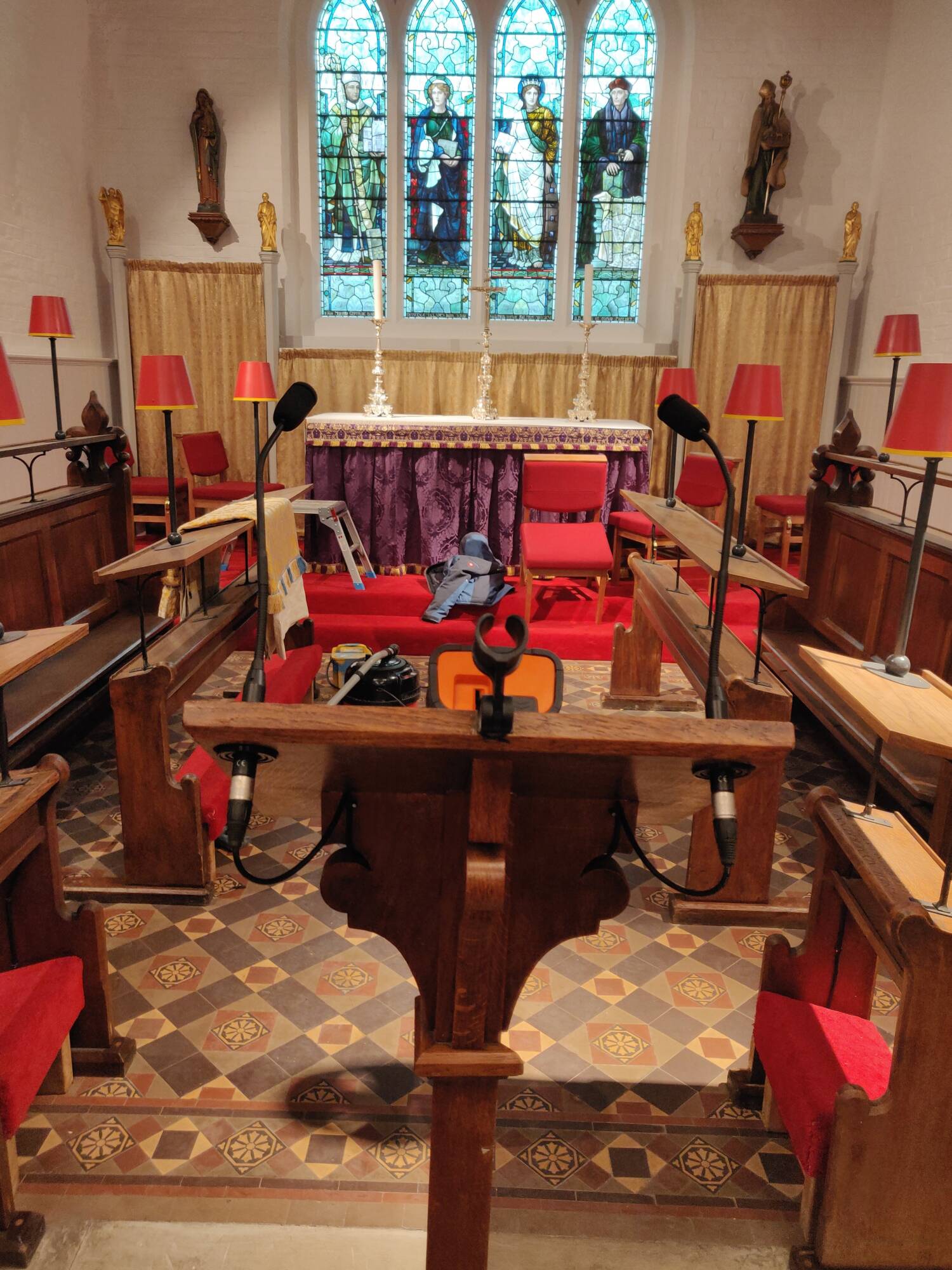 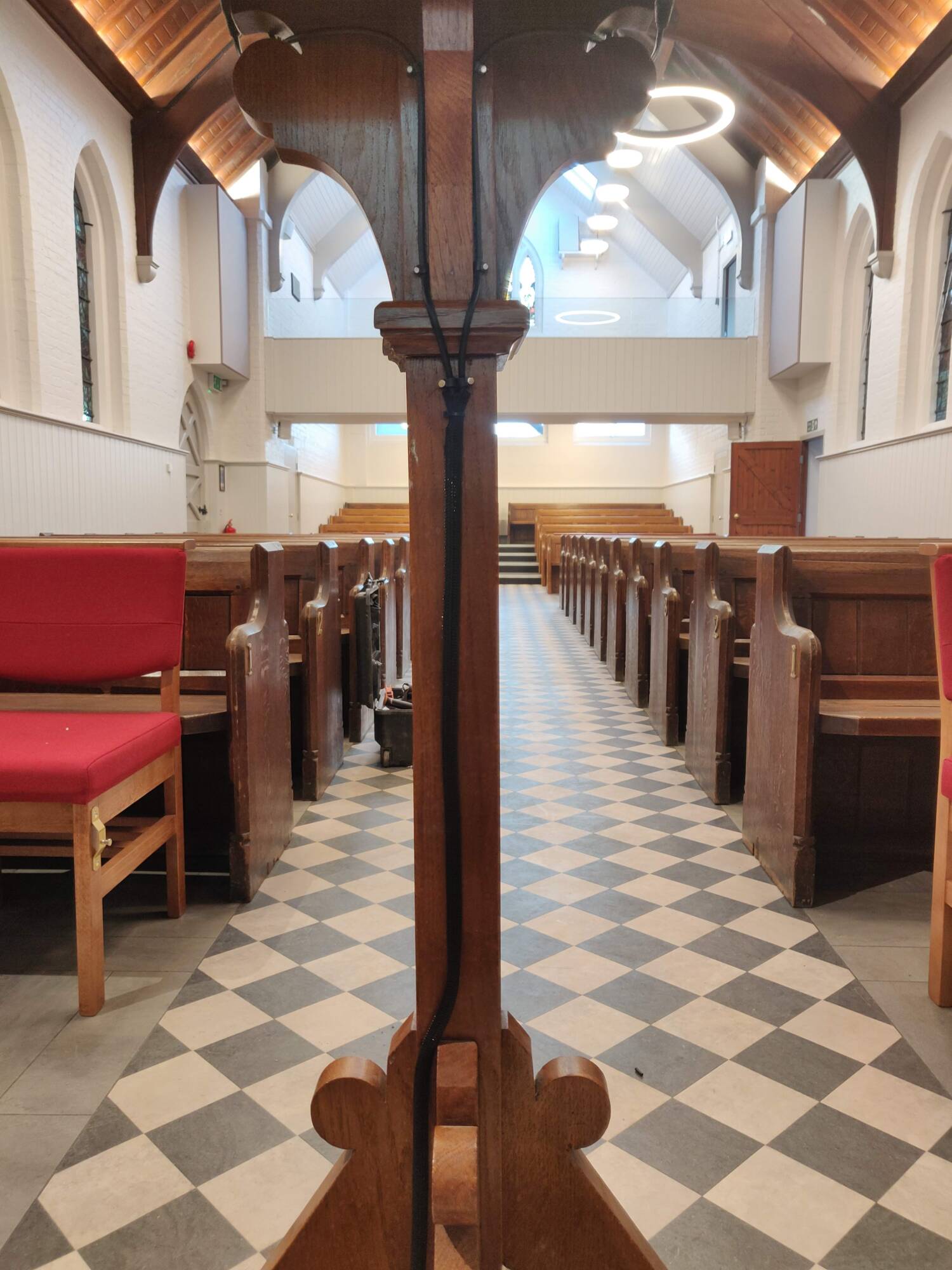 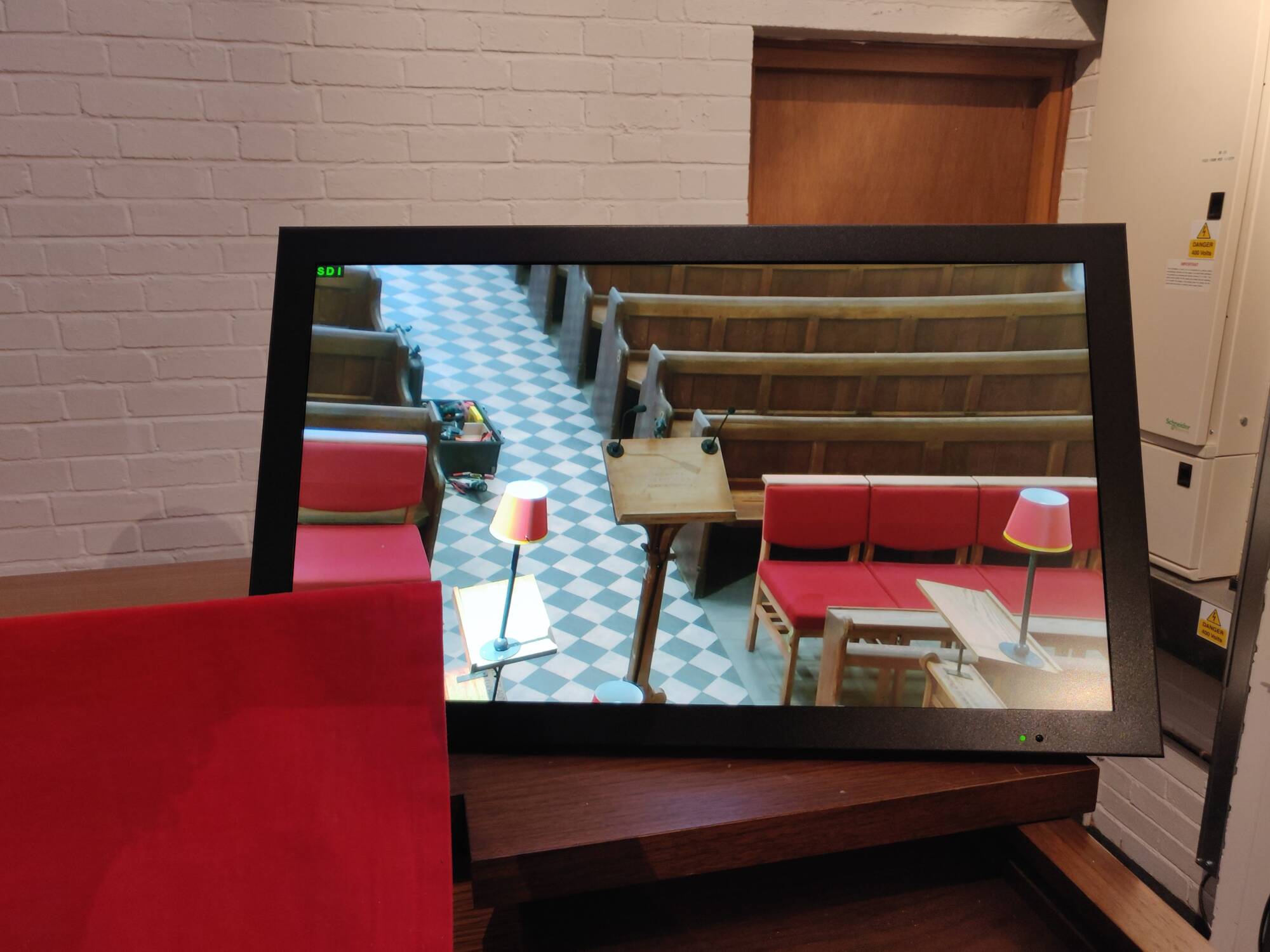 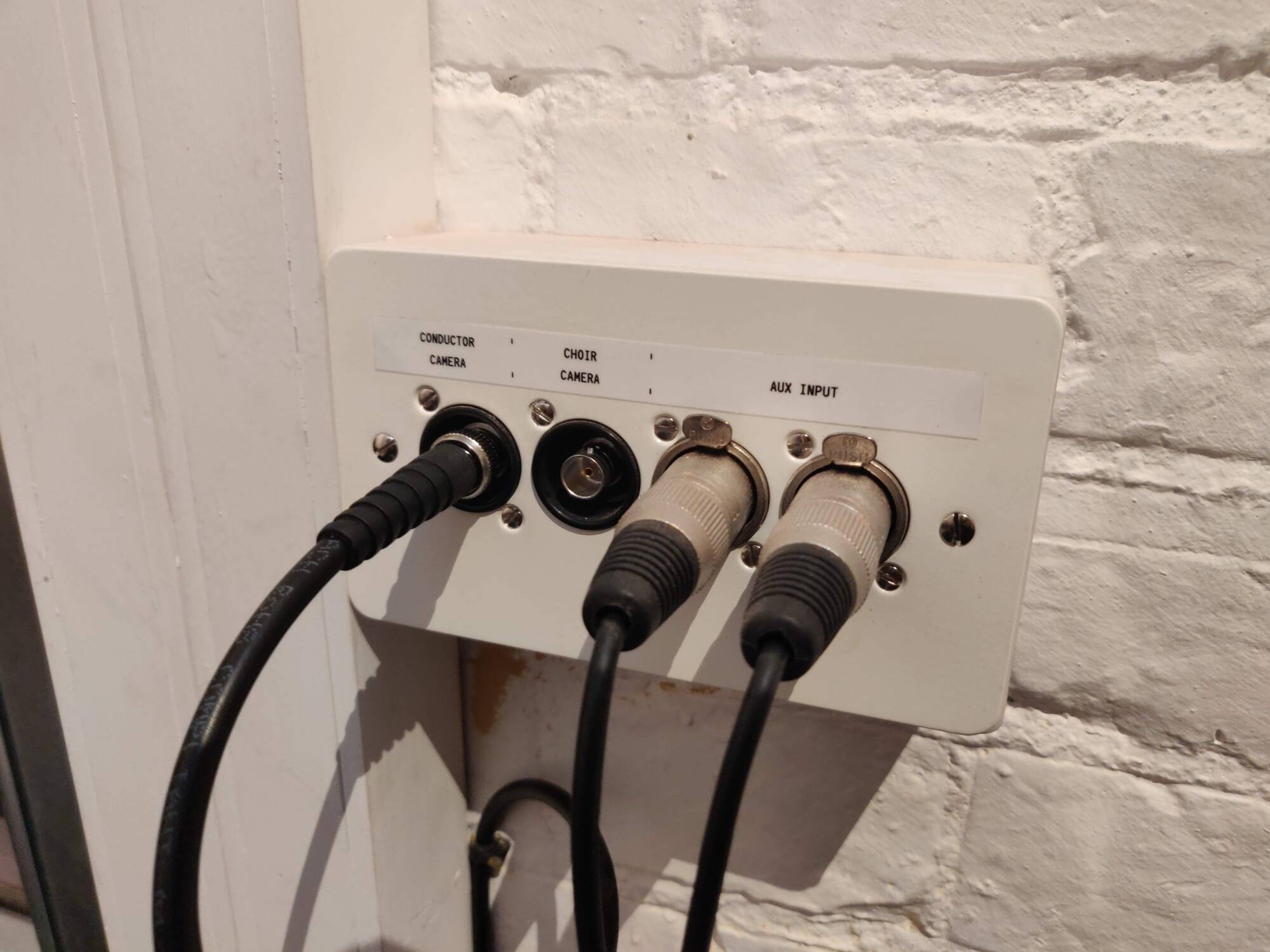 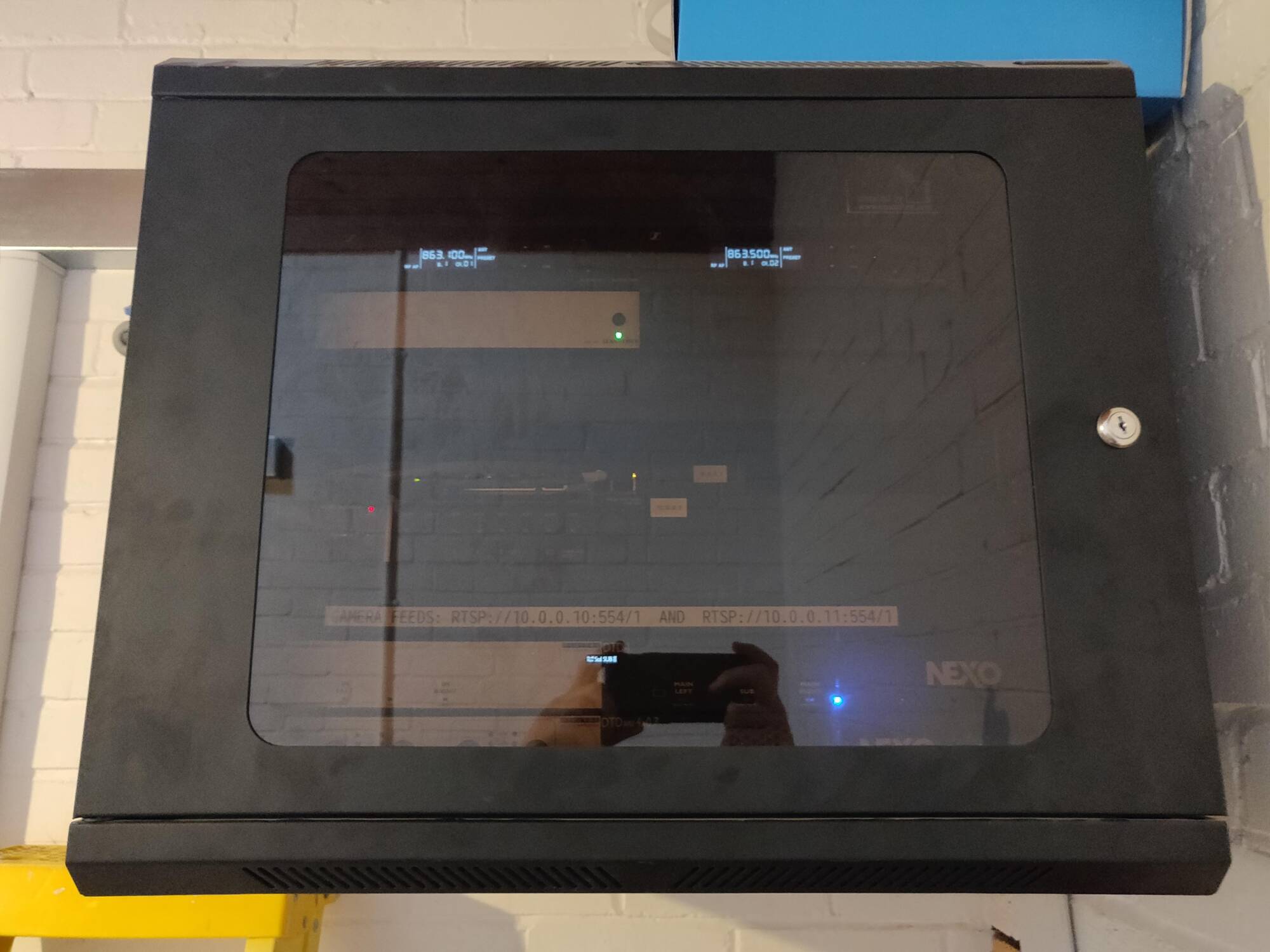 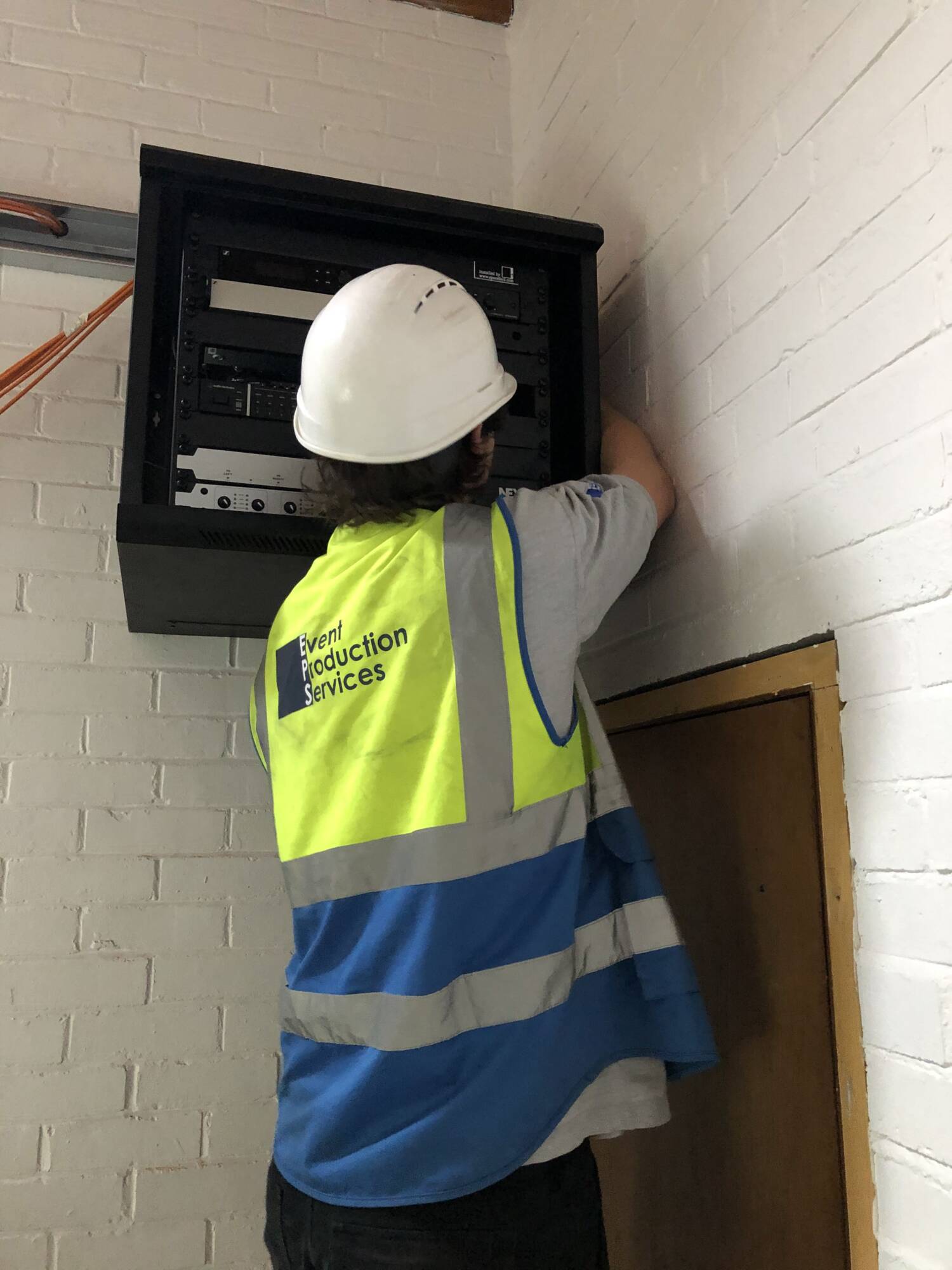 NEXO products supplied direct.  EPS are a NEXO Partner.  Contact us for your NEXO needs.