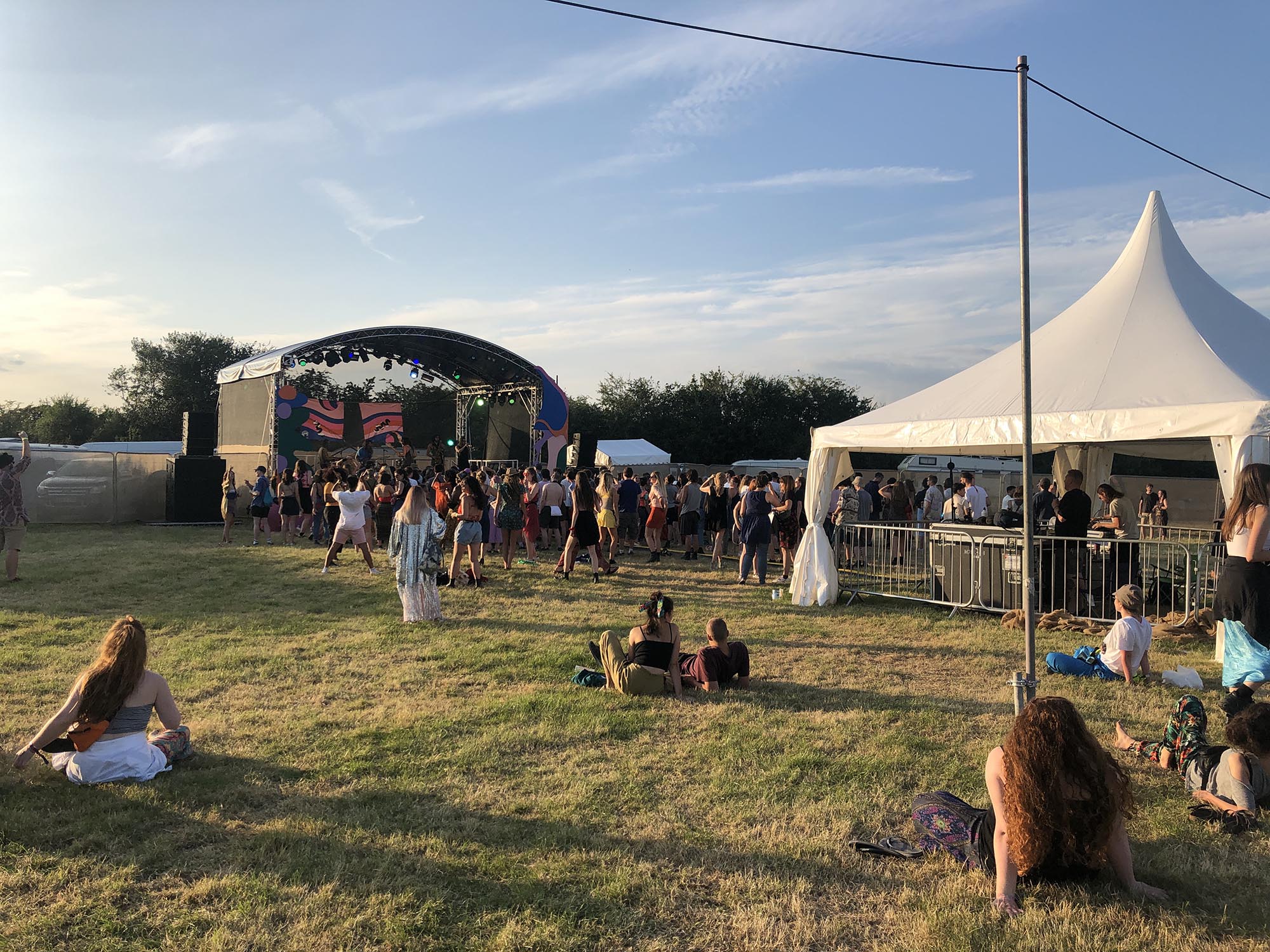 For the past seven years, EPS has been the exclusive technical production contractor for the award-winning Brainchild Festival, now based near Lewes.

With five stages of sound and lighting equipment on site plus an assortment of rigging, staging and power equipment, the EPS team is kept busy. The festival has a relatively short build time and so detailed organisation and planning is required to ensure that the show is ready to go on schedule.

The main ‘Brain Stage’ audio production comprises an L’Acoustics dV-DOSC PA system driven by LA8 amplifiers, and EPS’ own bi-amped coaxial 15” wedges, powered by Camco Vortex amplifiers. Control is by Yamaha, and in 2019 was operated by Tom Ball.

Lighting for the Brain Stage was a mix of Martin RUSH MH5 profile, MH6 wash and MH10 beam fixtures, with Martin Atomic 3000 strobes and Smoke Factory Tour Hazers, all controlled by a ChamSys MQ40n desk, and was designed and operated by Brainchild’s own Saul Valiunas.

Having worked with Brainchild Festival since their first foray into the festival world, EPS enjoys a close working relationship with the event

The Forum stage, a primarily spoken word venue, utilised NEXO PS10 loudspeakers for FoH and monitors, and was controlled by a Yamaha LS9-16. A basic lighting rig was augmented with some Martin RUSH MH5s and a mirror ball at the request of the client, for their late-night silent disco. Technician for this space in 2019 was EPS’ Henry Parr.

Another space operating late night, The Kite Bar again utilised NEXO PS-series speakers; this time PS15 for FoH, whilst monitoring was handled by EPS’ own wedges. Lighting in here was similar to The Forum, and all operation was handled by Coner Stace, who has made this space his own over the past four years. The Kite Bar had the addition of eight NEXO ID24 speakers flown above the audience to be used for after 11PM entertainment, to reduce off-site noise issues.

The main late night space, The Shack, enjoys an audio design by EPS Operations Manager Dan Parry, in which 15 small CVA OV8 speakers are mounted on a box-truss structure directly above the audience with an 18” subwoofer in each corner of the dance floor. Over the past three years, this design has ensured maximum on-site levels without causing off-site issues for residents. 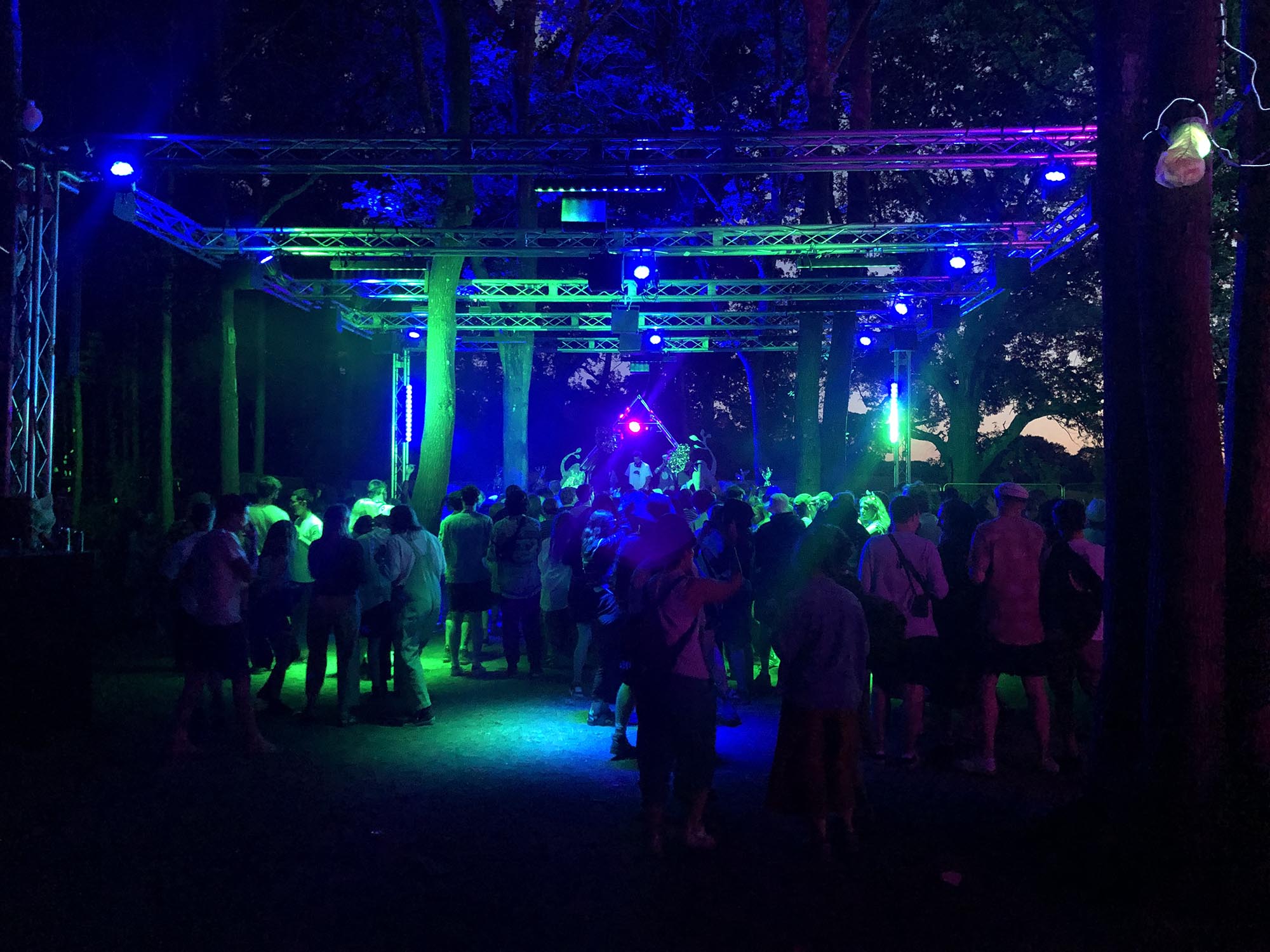 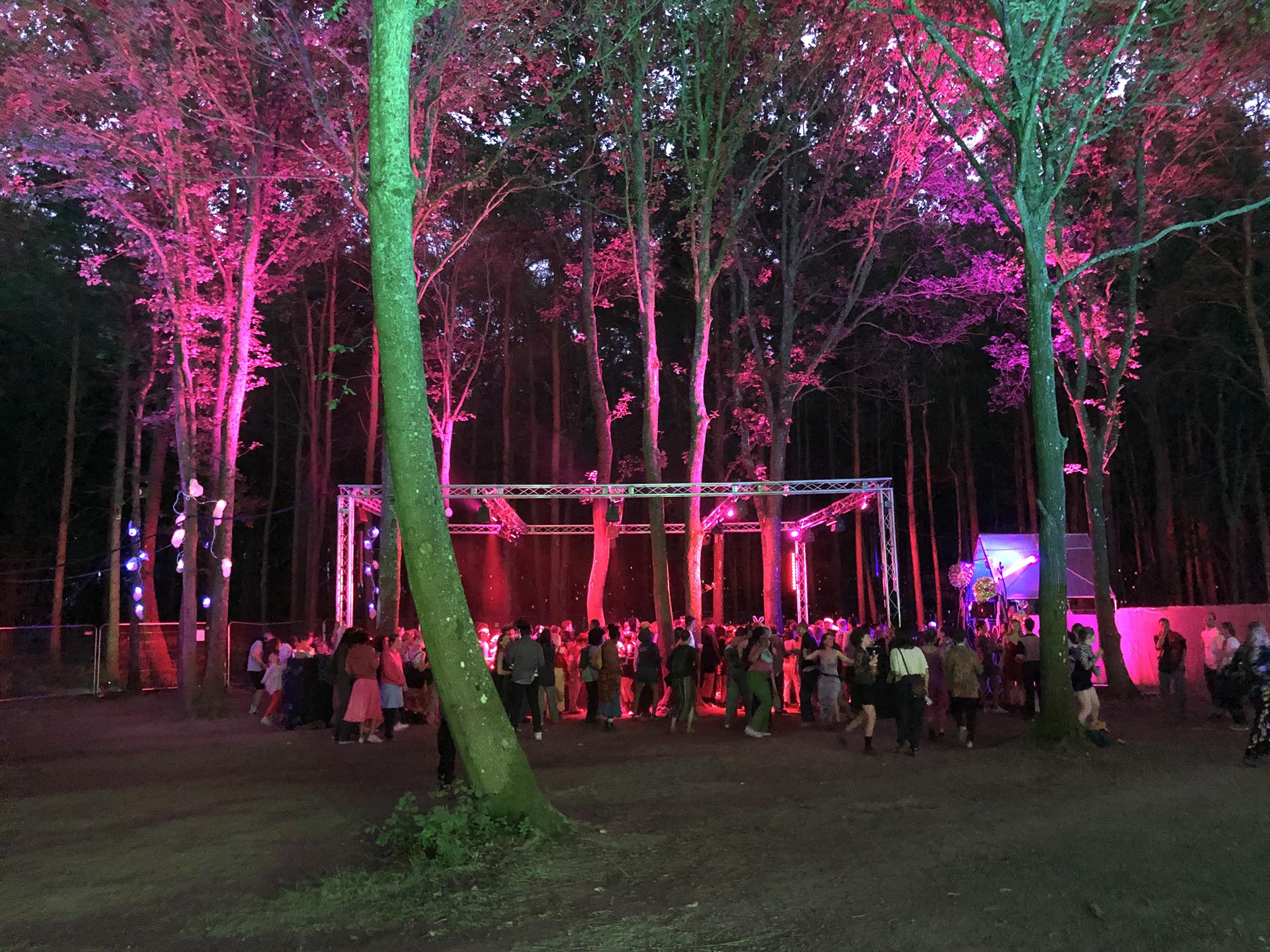 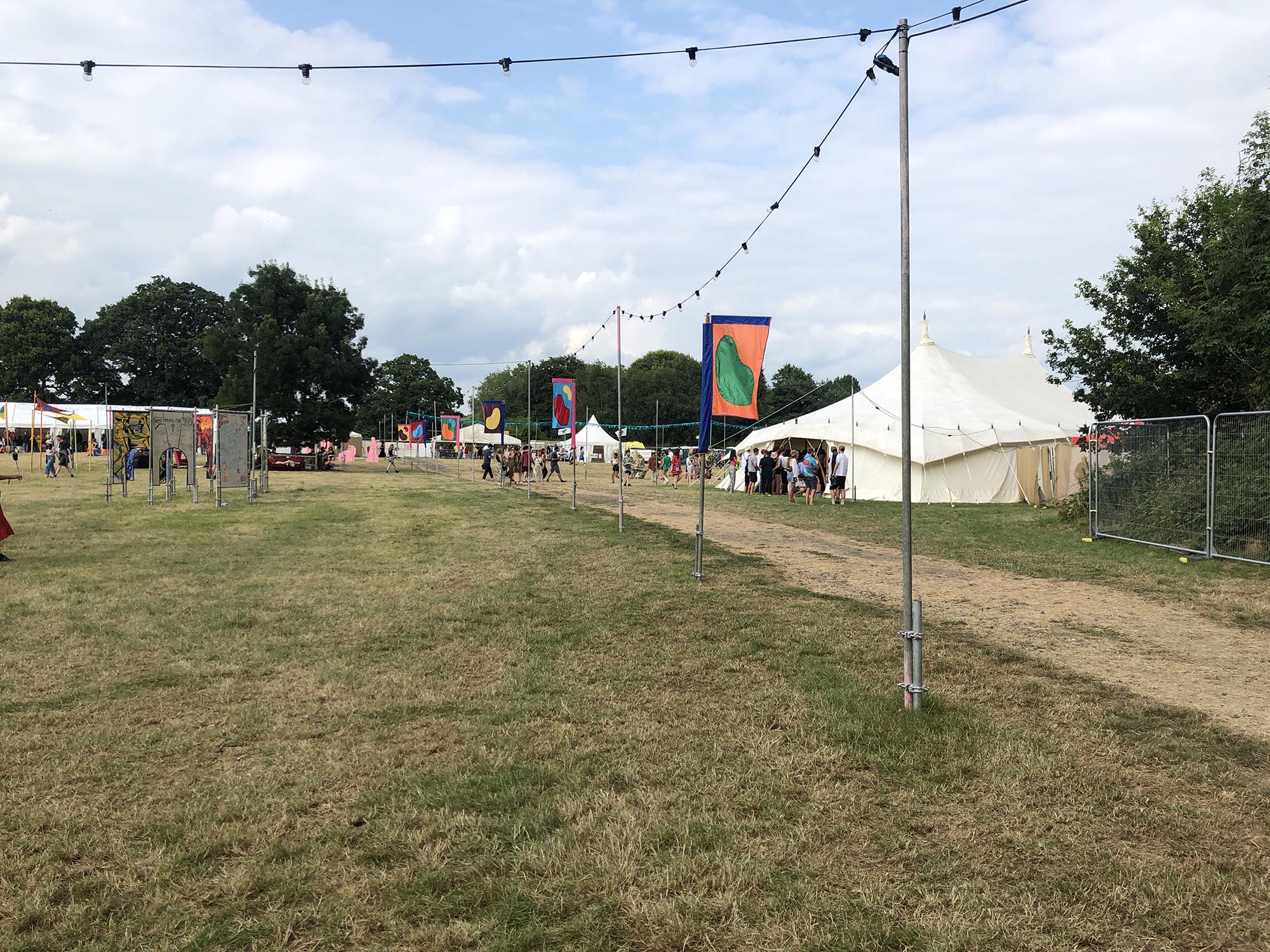 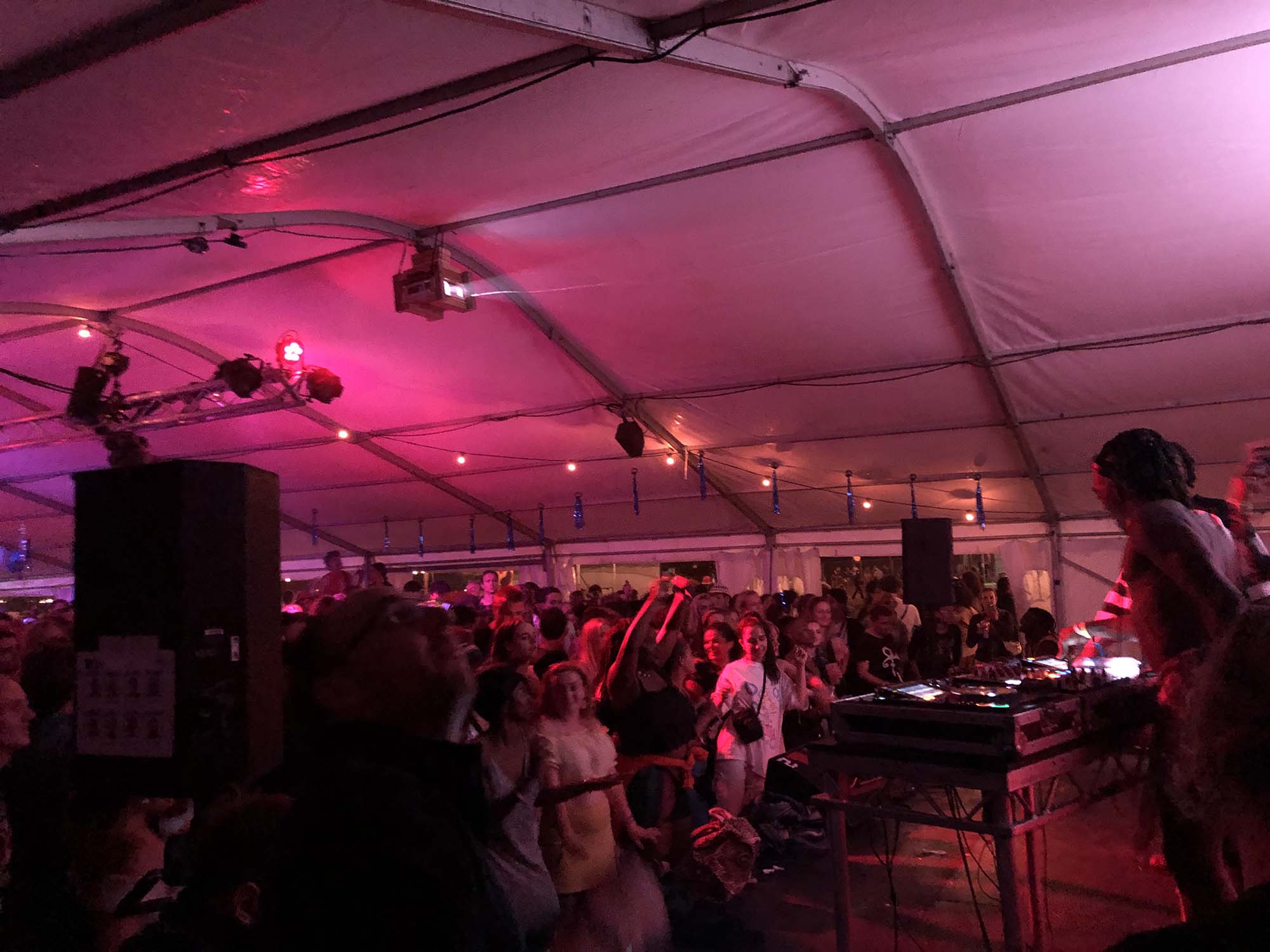 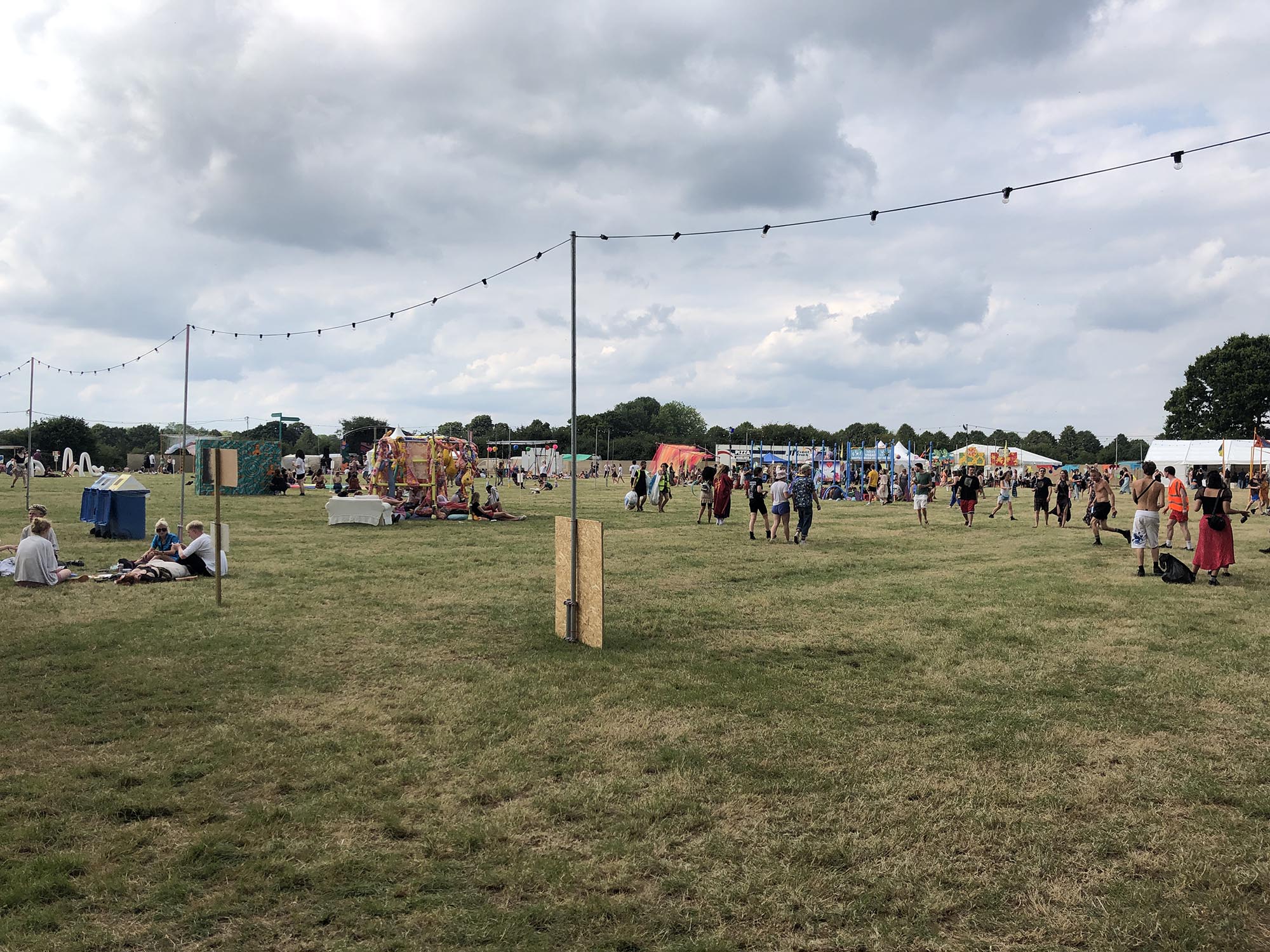 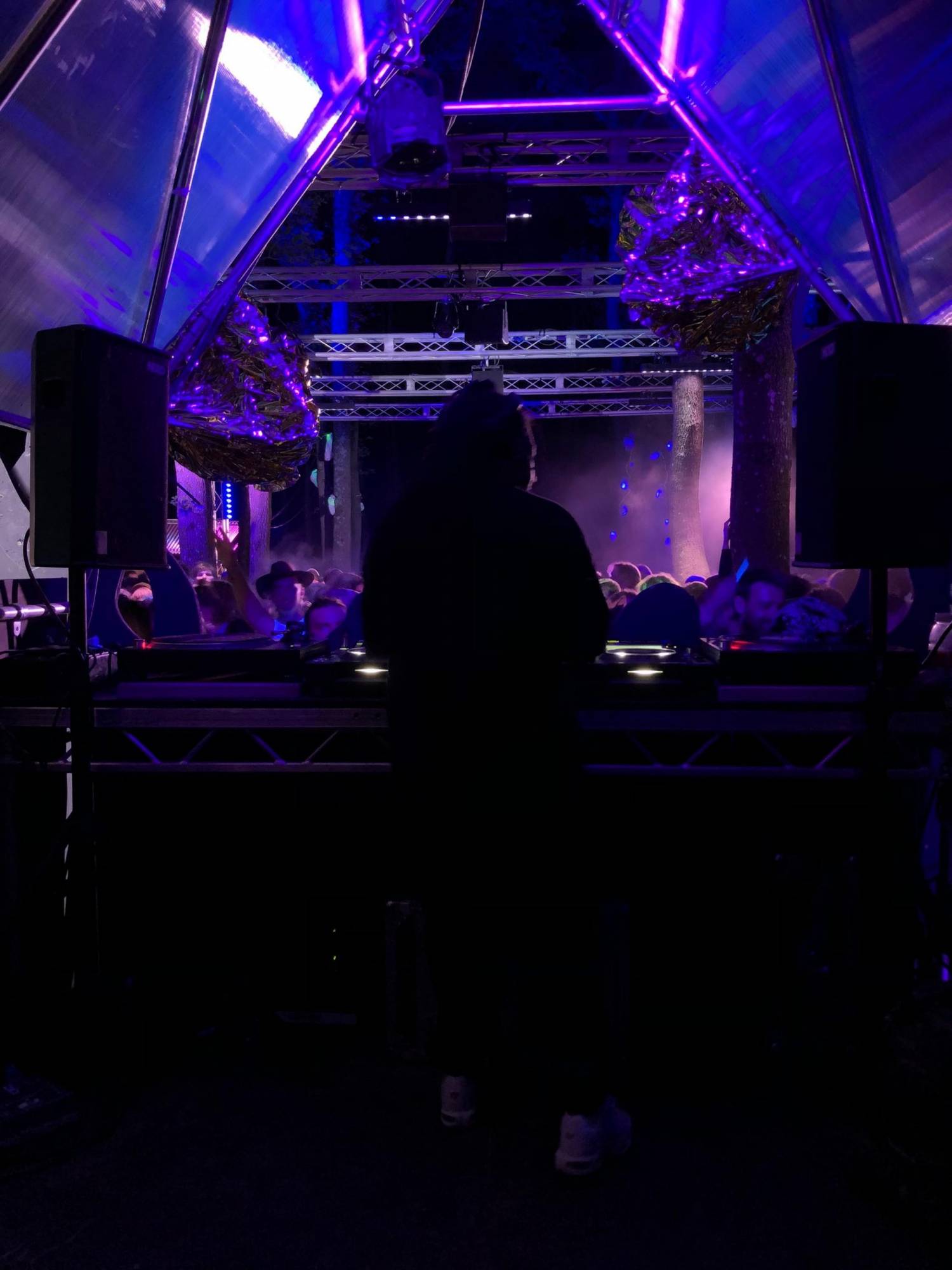 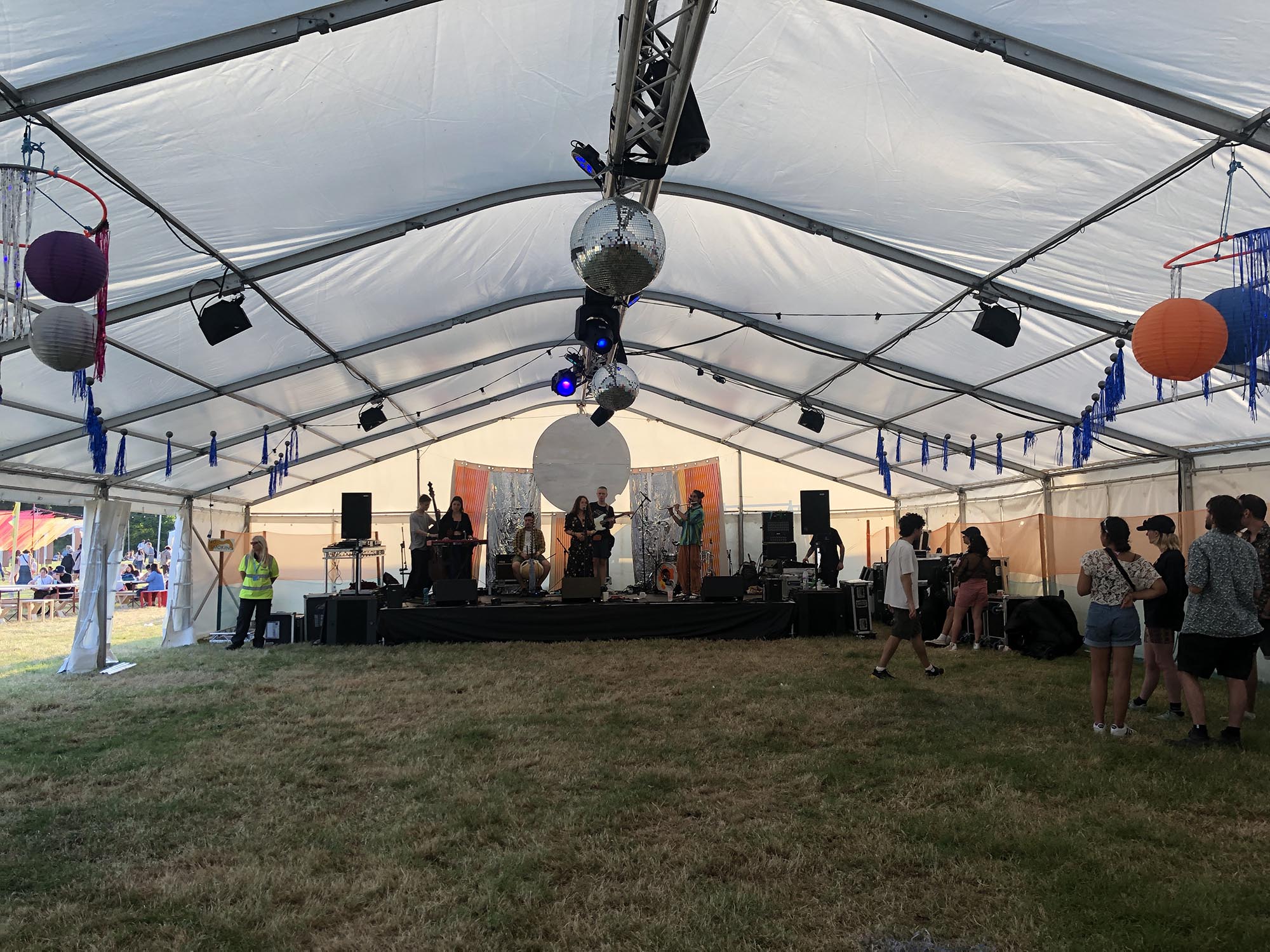